For the CMake presets feature presentation in Qt Creator 9 I needed a cross platform Windows and Linux screencast.

My Windows Arm64 laptop was the perfect platform for the use case of registering a CMake preset with a self built Qt.

Quickly I found out that I only had one option to run Qt Creator as a Linux application, and that’s via Ubuntu 22.04 running under Windows Subsystem For Linux GUI (WSLg).

That’s because there is no Virtual Box or VMware Player running on Windows Arm64.

It’s very hard not to notice that the windows title bar looks a bit weird. The generic window icon, the mouse cursor that does strange theme changes, and the bit fat window borders!

My goal was to have Qt Creator 9 look similar on Windows 11 as a native Windows Arm64 application and as native Ubuntu 22.04 Linux application running with WSLg.

We all know the Arm CPU architecture from smartphones, which have a long battery life and passive cooling.

Apple has shown with the M1/2 laptops that you can have a laptop that kicks ass with an Arm CPU.

In November 2021 I had a look to see if there was something like that for Windows.

In Germany I could only buy the Samsung Galaxy Book Go “European” LTE version. Which came with a Qualcomm Snapdragon (TM) 7c Gen 2 CPU, 4GB of RAM and 128GB SSD.

I bought a refurbished model for 300€. 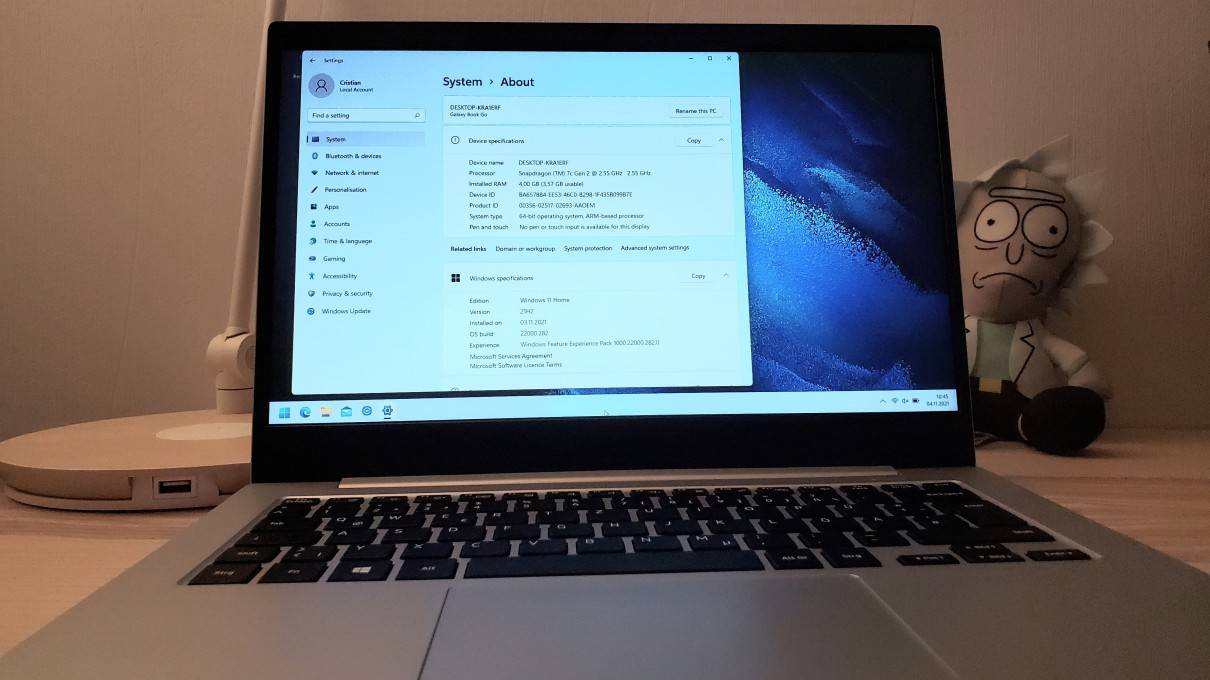 The numbers by themselves do not mean much, but let’s compare them with the Apple M1 results from 7-cpu.com:

That’s not that good, isn’t it? Also 4GB of RAM, and 128GB SSD with no means to upgrade, made the offering a bit uncool.

Another thing that I’ve noticed was the screen quality. It wasn’t at the same level as my previous Lenovo laptops. The colors would change depending how I moved my head.

A better display could have made the Samsung Galaxy Book Go a good and inexpensive notebook.

Building a project on GitHub Actions means always a build from scratch, for any given change, big or small. This takes time and wastes resources unnecessarily.

GitHub provides a way of caching dependencies to speed up workflows. The total size of cached files per repository is 2 GiB.

By having a look at the examples of various programming languages we can see that this is meant to cache package manager dependencies e.g. pip for python, npn for node, or gradle for java.

But, as it turns out, the caching mechanism can be used to cache compilation artifacts.

In this post I am going to provide a GitHub Actions configuration yaml file for C++ projects using CMake.

Each virtual machine has the same hardware resources available:

Each job in a workflow can run for up to 6 hours of execution time.

Unfortunately when I enabled GitHub Actions on a C++ project I was presented with this workflow:

This is not something you can use with CMake though

I am going to build the following C++ hello world program:

With the following CMake project:

TL;DR see the project on GitHub.

Coming from other build systems to CMake one will quickly learn that CMake can build only one configuration at a time. In practice you need to set up multiple build directories and configure/build with CMake for each and every one.

Autotools can do static and shared builds of libraries. For CMake most of the project would do a static build, then a shared build by setting the CMake variable BUILD_SHARED_LIBS to ON.

QMake can do debug and release builds at the same time, and as we can read at Qt for Android better than ever before, it can configure multiple Android architecture configurations at the same time.

What can we do to get the same level of convenience with CMake?

In this article I’m going to talk about building a C++ library with CMake, but it won’t be a CMake tutorial.

Let’s say you have a C++ library which depends upon a few open source libraries, which have a CMake project structure, but not necessarily done by the book (which means that they get only get built, and not deployed / installed)

Your library will include tests (unit-tests / integration tests), and the deployment can be just packing the headers and the binaries together in a tar.gz file.

This is not necessarily by the book, but it will do the job, and it could fit into any build system that the client has.

A book that one can use to do CMake right is Profesional CMake. Awesome CMake also has a great list of resources regarding CMake.

Coming back to the C++ library, which decisions do we take to build it? Shared library, static library, both? 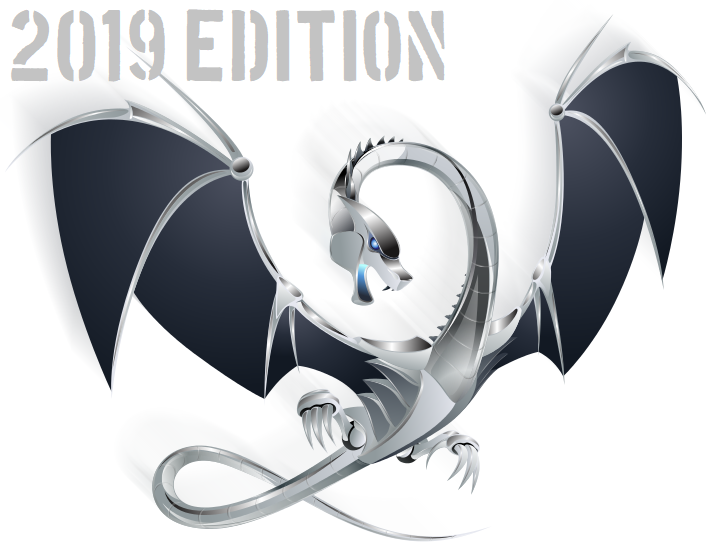 In this article I am revisting an article from three years ago: “Speeding up libclang on Windows”, in which I was having a look at how the experimental Clang Code Model was handling a particular source code file.

With the help of Profile Guided Optimization I was able to go down from 10 seconds to 6 seconds.

In the meantime the Clang Code Model has been enabled by default in Qt Creator 4.7.

How many seconds would it take libclang to parse the file? TL;DR? 3 seconds!

If we have a look at CMake’s Modules/Compiler/GNU.cmake we can see:

The empty build type usually contains the common build flags for all build types. It is generated from the CMAKE_C_FLAGS_INIT / CMAKE_CXX_FLAGS_INIT variables, and the CFLAGS / CXXFLAGS system environment variables.

But in the case of an IDE like Qt Creator makes no sense to have, you will end up for GCC with a -O0 (Debug) build. I’ve opened QTCREATORBUG-22013 in this regard.

There are cases when you might want to change the default build types:

Lastly, we want to do all this without putting if clauses in the code, and manually changing the CMAKE_<LANG>_FLAGS variables. The rule of thumb is: if you have to change compiler flags, you should do it in a toolchain file!

At the end of October 2018 on the Qt development mailing list it was announced that CMake was chosen as the build system (generator) for building Qt6. That also meant that The Qt Company will gradually stop investing in their in house Qbs build system.

I personally think is a good idea to have major C++ projects like Boost (July 2017 switch announcement! ), LLVM/Clang, and now Qt to use CMake as their build system (generator). We C++ developers should work together in having a common build system.

Since I am lucky( 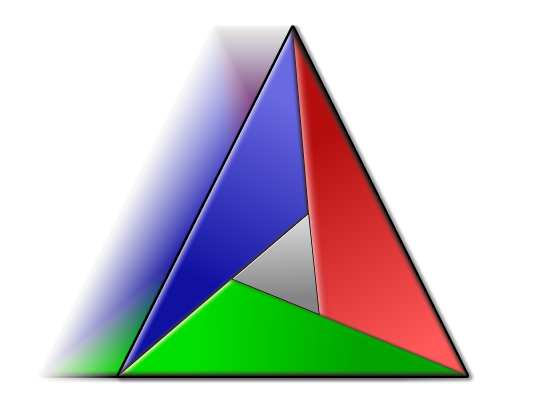 At the beginning of this year Bits’n’Bites wrote an article named Faster C++ builds, in which it’s being described how you can accelerate building LLVM using ninja, using a cache etc.

The following excerpt caught my eye:

For most developers, the time it takes to run CMake is not really an issue since you do it very seldom. However, you should be aware that for CI build slaves in particular, CMake can be a real bottleneck.

For instance, when doing a clean re-build of LLVM with a warm CCache, CMake takes roughly 50% of the total build time!